Every once and again, more than usual my nerd tendencies slip through in my postings, this is one of those times.

Two nights ago I watch the new Animated Batman Movie released by DC titled Under the Red Hood.

Why? Because it was decisive, grown up, made you ask questions and made you re-realize who and what Batman truly is and what he represents just by being alive in Gotham.

Under the Red Hood has a few old and new faces; we see the return of the more sociopath Joker who is almost a dear in most scenes that he appears in with the Red Hood and Batman.  Nightwing makes an appearance as well as the ever present Alfred. Ras al Ghul also tired into this subversive plot.  (I swear I saw commissioner Gordon)

The writing was amazing, it was less kiddy, more bloody and more thought provoking than previous Batman movies, as a huge fan I was amazed and giddy to watch it again last night.

Black Mask and his Assistant: 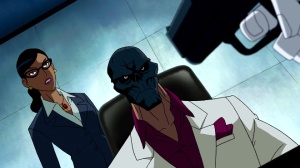 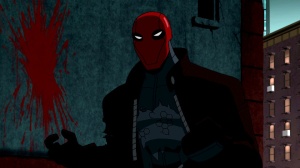